I've been hoping to sit down and update this blog for literally over a month and a half now. Seriously! The end of last year and beginning of this year, have definitely been super duper busy for me, as you might have noticed from my lack of posts and projects. Let's just say it's been crazy, but I'm still standing, and I thank God for that!
I apologize for the lack of posts, but not only have I been running around like a chicken with it's head cut off in the last few months, but I've also suffered from lack of mojo. Don't know if it's related to my crazy busy life at the moment, but I'm really tired of it, and have been wanting to create for quite some time, yet haven't managed to do so.
Every time I've tried to sit down and make something, there has ALWAYS been something that has interrupted me, and or, the fact that I've had no inspiration whatsoever makes me take such a long time to think of anything to make, that by the time I've figured something out, something comes up and I can't even start it!
It's been quite frustrating, and one day it just hit me. I went in my office/studio/craft-room/ whatever you want to call it, and looked all around. I felt overwhelmed. It's no mystery that we as crafters (at least the majority of us), buy a lot more, and faster than we create. There's always something new coming out we just have to have, yet we still have not even touched what we bought a month ago. Can you relate? Over time, things accumulate, and new projects get put on the " I'm going to use that for such and such a project one day," and that day usually never comes, as the cycle continues.

I've been really into creating since 2008, so you can just imagine all the stuff I've accumulated over the years. Yes, a lot of things have brought me a ton of joy, but a lot of things I've learned that I will never be using, because either it's no longer my style, or I have too many other things that are very similar to it. I have done what we call "detashes" of some product in the past, but as I looked at my room filled to the rims with supplies, I realized I needed to do a huge purge of products, and just maybe, that would help me get out of the craft rut I'm in, and allow me to be happy in the space I use to create.

We moved into this house over a year ago, and though I've spent quite a bit of time unpacking, organizing, setting things up, I've never been totally happy with the way it looks, and also of the way some of my 'storage solutions' work for me.  So I've started a journey----going through my stuff and hoping to get some of them to a new home, where they will actually get used.  I posted my first destash video in the middle of February sometime, then a second one last week. I'm currently getting ready to finish filming and releasing a new video with more stuff to sell, and let me tell you, the struggle has been real...even though I have managed to put a lot of stuff in the "sell"pile, there's still a ton of stuff I can't seem to let go off. It's hard, I'm working on it. Just like I'm working on getting creatively active on this platform once again.  Many have seen my 'destash' videos, and emailed me asking if I was not going to create anymore. I am. I'm not stopping. I'm just helping myself get back to it.

Will you join me? Will you stick around while all these things take place, and things fall back into place? Have you felt this way at any time before? How did you handle it? What worked for you? I would love to hear your thoughts in the comments below. I always love hearing from you. I know it will take time, but I'm positive I'll get there. I want to get there. I hope you stick around, and that you are still there :)
Posted by Sharon at 10:21 AM

Thanks so much for taking the time to leave a comment. I appreciate it so much!

"To live a CREATIVE life, we must lose our fear of being wrong"
John Chilton Pearce 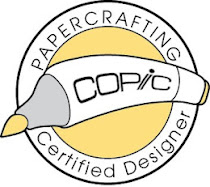 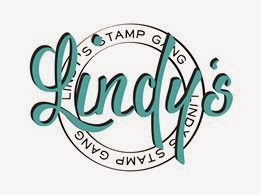 Earn credits when you invite your friends!

All content, designs, photographs, tutorials, and instructions listed on this blog and on my videos are provided here for PERSONAL USE ONLY and are property of Sharon Martinelli (except where indicated). They may NOT be sold, reproduced or used for commercial purposes in any form without my written permission. Please don't use for contests, advertising, publications, resale or design team submissions. Feel free to ask any questions. If you need something, please ask first. Thanks! 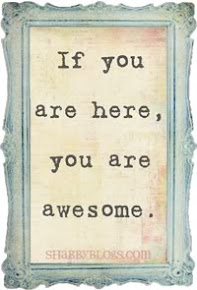 Look who was here!